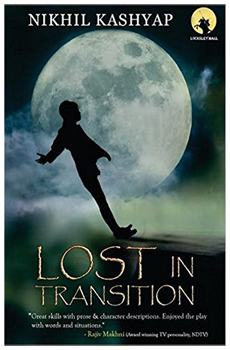 At the tender age of 16, Matthew Carter isn't particularly fond of how his magical teenage years are passing by. While his "friend's" bask in all of youth's greatest gifts, Matthew's soul slowly erodes from a terrible secret. Fast forward eight years and his transformation is complete.
The people in Matthew;s life try desperately to break into the walls of defense he has created around himself; but all efforts prove futile. With no one to turn to but himself, Matthew embarks on a journey of liberation and self discovery, fueled by the exploration of the unknown. But is it enough?
Can Matthew Carter really manage his final transition and locate the ability to discover love once more? To know more, read author Nikhil Kashyap's first book, LOST IN TRANSITION. 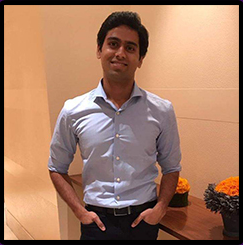 Nikhil Kashyap is an engineer turned writer studing the intersection of storytelling and design at Carnnegie Mellon University. He has explored narratives accross various tyoes of edia including theatre, video games, virtual reality and journalism. 'Lost In Transition' is the debut novel and was inspired by incredible thre month backpacking adventure to Europe. 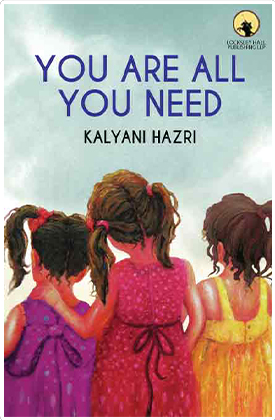 you are all you need

'You are All You Need' is a gripping story about three strong-willed sisters who traverse very unexpected and individual paths towards fulfilling their desires and dreams. The setting is an idyllic village in Himachal Pradesh.
Social values are however, extremely parochial for these three free spirited sisters resulting in the eldest sister opting to stay unmarried all her life, the second one eloping with her boyfriend, and the third ending up as a sex addict.
What happens to the family which has two old parents? The story is narrated in a lyrical and fascinating language. 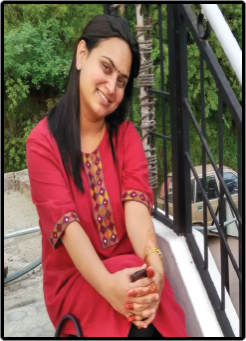 Born and brought up in Himachal Pradesh, Kalyani completed her graduation in Science, post which she turned towards literature and received an M.Phil from the English department of Guru Nanak Dev University, Amritsar. She is a Ph.D from Central University, Himachal Pradesh and is currently working as an Asstt. Prof. in Mahatma Gandhi Central University, Motihari, Bihar. She now lives happily with her two years old son.
'YOU ARE ALL YOU NEED' is her debut novel where, among other things, she has fictionalized some of her own experiences from her decade long and turbulent inter-caste marriage. 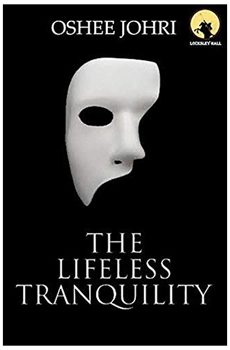 Harmony walked through her life, trying hard to stay alive and yet slowly wither away from this world. Her parents had died in a car accident, and the world had been cruel ever since.
She was 10 when she left her so called home and lived on streets for a few years. She survived somehow for a month or so before she was taken in by an orphanage where, while the other kids played and danced way in the garden, she just stood and observed a little red velvet rose.
She spent three years staring at a new flower; the plant always had a new floret for her. No one cared to save her from herself as she drowned in the ocean of her circumstances and self created doubt. However, storms have to end someday. So will Harmony's. Maybe the petals will lead her to a rainbow, and she will know which infinity to choose, and which to drown herself into. 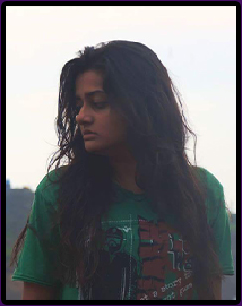 Hailing from Bhopal, Oshee is an alumna of St. josephs Convent Girls Senior School, Idgah Hills and has been a content creator for MIC Unplugged, Icy Tales, 7tint and the Anonyms Writer.
Having a fascination for changing her hair colour, Oshee is an ardent music lover, loves to play basket ball, Currently pursuing a degree in screenplay writing from Subhash ghai's Whistling Woods International, She hopes to elevate the stories iin her head to come alive on scren. 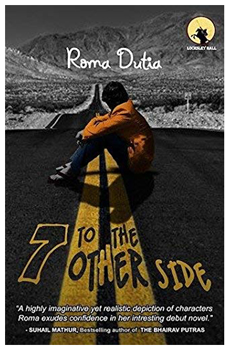 7 to the other side

What if you had 7 minutes to relive your life? What would you like to see? 23 year old Joshua White wakes up in a hospital bed, unaware of how he got there in the first place. All of a sudden, he sees events from his life being played out right from the time he first attended school with his best friend, George to the birth of his younger brother, Ethan, who looked up to him.
He goes through the trauma of losing a dear one and the ecstasy of personal success. He is reminded of a trip to India that changes his life, and the presence of Ayesha- a girl he is romantically linked with. But does he get to pursue his ambition? Is Ayesha really the girl he yearns for? Does his friendship with George stand the test of time? Through these visions Joshua realizes what he meant to others and how they in turn changed his life. But can he change thing or has fate already sealed his destiny? To know more, read the engrossing book, 7 TO THE OTHER SIDE! 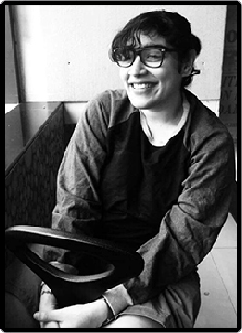 Born and brought up in Mumbai. 23 year old Roma graduated as a university topper from Mumbai University by successful completing her Masters in Public Relations.An 8 time district champion in Table Tennis, a sport which she began playing at the age of seven. Roma achieved the honour of becoming the country's second best player in the sport. She hopes to 'serve' something interesting for her readers every time she writes. 7 to the other side is her first book.