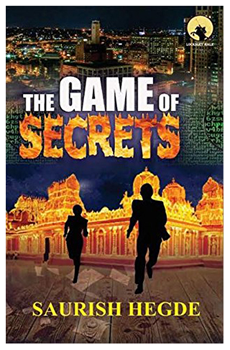 the game of secrets

Son of a successful businessman owning a chain of hospitals, Nishanth Shetty is an upcoming oncologist from Mangaluru. With a bright future and a supportive girlfriend, Navya, all is moving smoothly in Nishanth's life till such time that his scientist friend, Ramdas, makes him part of an experiment that can save the world from the deadliest viruses and bestow one with mind reading powers.
He receives a mysterious phone call from a man warning him of dire consequences if he goes forth with the experiment. However, what is more terrifying is the threat that the unknown man plans to conduct the same experiment...with Nishanth's blood. Who is this man? What are his motives? Is there a larger conspiracy behind this? Read on as Nishanth and his friends race through time and uncover one shocking mystery after another in this thrilling GAME OF SECRETS! 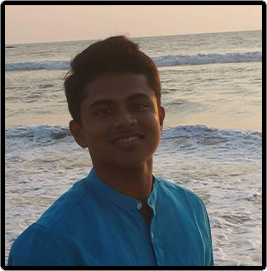 Born and brought up in Mangalore, twenty year old Saurish is currently pursuing his MBBS from Kasturba Medical College, Manipal University, Mangalore. A keen researcher, his eye for detailing was duly rewarded when an article of his was published in an international scientific journal of repute.
A sports enthusiast, Saurish loves to read biographies and thrillers, many of which have inspired him to write this one. Mixing profession with passion, he dreams of becoming a successful doctor and an author. 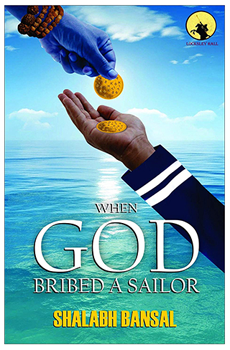 when god bribed a sailor

They told him this wasn't his turf. He was warned about the prevailing dangers at sea. But Kishaant was allured by the attractive career in Merchant Navy.
But what happened on-board 'MT Vision' changed his life completely. What was the reason that God himself had to bribe him? Or was it simply a plan to make his life a worthier one by introducing the angelic girl called 'Tasha' in his life?
A tale of two lovers who were bound to be together but held back by the society; "When God bribed a Sailor" highlights some of the darkest secrets of the shipping industry. Inspired by a true story, 'When God bribed a Sailor' is a tribute to a Sailor's life and love. 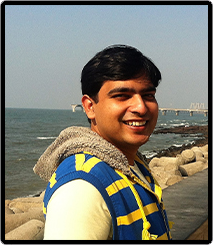 "Shalabh Bansal", an alumini of St. Mary's Academy, meerut, graduated as a Marine Engineer from BITS Pilani, under the elite "Tolani Maritime Instiue", Pune.
Shalabh has also authored two novels, including the bestselling " A Pluperfext Gift". He was termed as the "Best Upcoming Author" by the famous "Sailor's Today" magazine and also received and coordinators of the "Aam Aadmi Party." 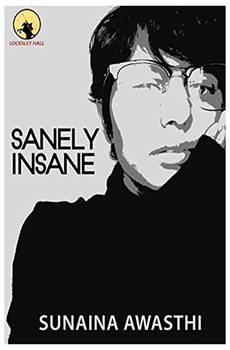 Sanely Insane is the first novel written by author Sunaina Awasthi. She wrote this book at a young age of 19 after her father's death in 2016 which deeply affected her already depressed mind and left her suicidal. Due to this, the family got her hospitalized.
She writes her experience as a patient in the psychiatry ward of one of the renowned hospitals of India. In this, she paints her perspective towards the stigma related to mental illness and the fact that in most of the cases, they are curable, opposing the myth. Awasthi stays there for three months and gathers unusual experiences.
After taking regular medicines prescribed by the psychiatrists,talking to the psychotherapists assigned to her and living with atypical wardmates, she finally learns to appreciate the intricacies of life and looks forward to live 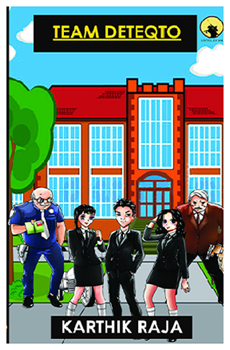 A gang of school friends and their set of adventurous escapades. Available in a pack of 7 book set. 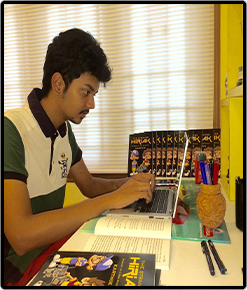 Born in Tamil Nadu on 29th January, 1998, G. Karthik Raja is a short filmmaker and has made several such films, including 'The Ingredient Book' which is one of his most notable works. He wrote his popular debut novel at the young age of sixteen.
TEAM DETEQTO is his second book series which spans a total of fifteen volumes. He can be contacted on Facebook as well as on his email Id, gkarthikraja1998@gmail.com.