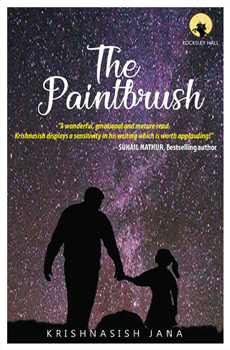 "What is the exact measure of sorrow that can actually break an artist?"
Raman, the little kid from the slums of Bhalar, whose paintings felt like sorcery, had one dream. To have a life with a little more sunshine in it. To find his masterpiece one day. A painting that would be a mystery to him as well. The artist in him kept looking for it while trying to stay rooted in the storms that followed. Years later, his daughter made him realise that he had been looking for it in the wrong places all along. 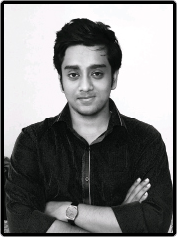 Krishnasish Jana lives in Kolkata and was born and brought up in Kharagpur, West Bengal. He completed his graduation in 2017 and has published short fiction and poetry on numerous platforms before. Besides writing and reading, he also loves to sketch, and is currently working on his first graphic novel.
THE PAINTBRUSH is his first book. 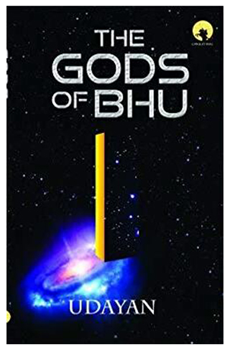 the gods of bhu

Consciousness−timeless and undefined−engulfing the universe in its infinite embrace… DRUV Rodn learns about the erratic behaviour of his home planet Matae and comes to know of powers both ancient and present which can destroy the known universe and the only solution may lie with the mythical Gods of Bhu….
EARTH Theo, devastated by his father's death, learns about his enigmatic research into the original intelligence on Earth and the forces for and against humanity from the very edge of time in an explosive revelation… BHU Yamadhir, the legendary general of the apocalyptic war which annihilated Bhu, learns from a Nara, the true nature of Bhu and embarks on a journey to save it from the power which was responsible for the destruction of the Gods….
They all step into the unknown transcending the different paradigms of Space, Time and Consciousness…! Are they facing a related crisis…? Do they have similar destinies? 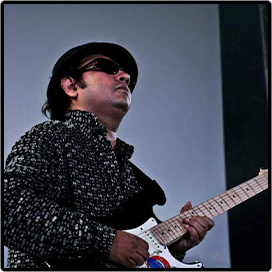 He is a proud pass out of South Point High School and is an alumnus of St. Xaviers College, Calcutta. Interestingly, over twenty five years of crunching numbers, he charted a career in his professional capacity by heading corporate finance in a few MNCs in India.
Presently he is with an IT major and is trying to maintain his sanity by taking up writing and penning his thoughts down. 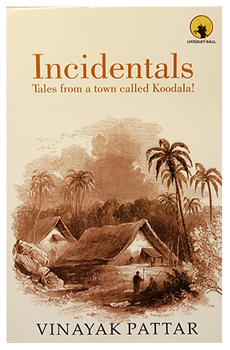 Just like unison of a male and female giving rise to a new generation, two rivers meet at a fictitious village called Koodala. Set in this Koodala, Incidentals is a collection of 17 short stories that touch your chords of nostalgia, love, relationship, humor, childhood, adventure, culture, and superstitions. Overall, each story reminds us of incidents that most of us experienced, in one or the other form, during the course of our lives. 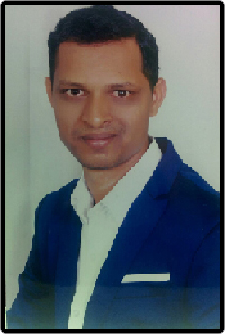 Vinayak Pattar is a content writer, blogger, microbiologist, and a trained carnatic singer, who is interested in spreading the knowledge of life sciences to the world. A post graduate in Microbiology from Gulburga university main campus, he has worked as microbiologist for 5 years at various organizations. Presently he is worked as a content specialist at Pristinesofts Technology Private Limited, Bangalore. INIDENTALS- TALES FROM A TOWN CALLED KOODALA is his first book. 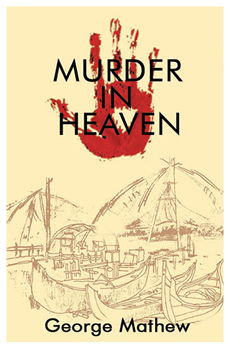 Murder in Heaven, set in a hamlet in the Kerala of 1970's, portrays the lives of six characters pitted against the forces of caste and dowry system, religious divides, abject poverty, superstitions, myths, alcoholism, communism and fatalism.
Tomichen, the hero with six sisters to wed off and no dowry to pay for, Thoma, the arrogant landlord who seeks vengeance for his son's murder, Paili, the low caste, who wants a piece land to live on, Sukumaran, who battles his conflicts against superstitions, Ismayil, hoping to free his imprisoned son and Mathai Chettan, who battles court cases to get justice for his wife killed by a rich man.
MURDER IN HEAVEN, takes the reader on an emotional roller coaster ride as it explores the lives of these six characters and the nostalgic world they belong to as the plot thickens and powers to its climactic denouement.

George Mathew was born in Maharashtra, studied in Chennai and graduated with a Masters in English Language & Literature from Kerala University. He migrated to Kenya in 1983 and has lived there ever since. He runs his own business and is also the Regional General Manger of an American Horticulture company. He has contributed articles to the Caravan Magazine in India and to the Executive Magazine in Kenya.
MURDER IN HEAVEN is his first fiction novel.